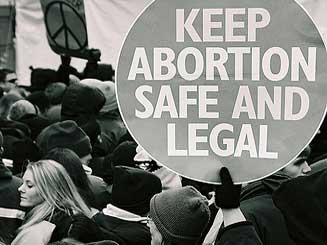 On Wednesday, August 22nd, the Eleventh Circuit Court of Appeals ruled Alabama’s Dilation and Evacuation ban (D&E) as unconstitutional, stating that the 2016 law placed “undue burden” on women seeking abortion care.  Randall Marshall, executive director of the ACLU of Alabama, stated that the Court’s decision, “told Alabama politicians they can’t disregard a women’s health and decision-making in favor of their ideological agenda”.

Since 2015, Alabama state lawmakers have targeted D&E procedures, the most commonly practiced method for second trimester abortions, to further restrict access to abortion.  National medical organizations, such as the American Congress of Obstetricians and Gynecologists, argue that such bans prohibit physicians from making the most medically appropriate decision for patients.  Studies have also shown that financial and logistical obstacles, such as arranging transportation to and from the clinic and raising funds to cover the cost of the procedure, can ultimately delay access to care.  As more time passes, these barriers are compounded as the cost of the abortion procedure rises and the availability of providers that offer the procedure shrinks.  D&E bans, therefore, are likely to create even greater strain on women seeking second trimester abortions.   Had the Alabama law been upheld, state residents seeking abortion care during the second trimester would be faced to travel to another state for care.

The Alabama Women’s Center, the West Alabama Women’s Center, and the ACLU originally challenged ban in district court last October. US District Judge, Myron Thompson, blocked the ban on the grounds that it would effectively eliminate access to abortion after 15 weeks; however, the state then appealed the judge’s decision.  The Eleventh Circuit’s decision is consistent with other court rulings that have blocked D&E bans in Kansas, Oklahoma, Louisiana, Texas, and Arkansas. D&E bans are still currently in effect in Mississippi and West Virginia.

Finer LB et al. (2017). Contraception. Timing of steps and reasons for delays in obtaining abortions in the United States.